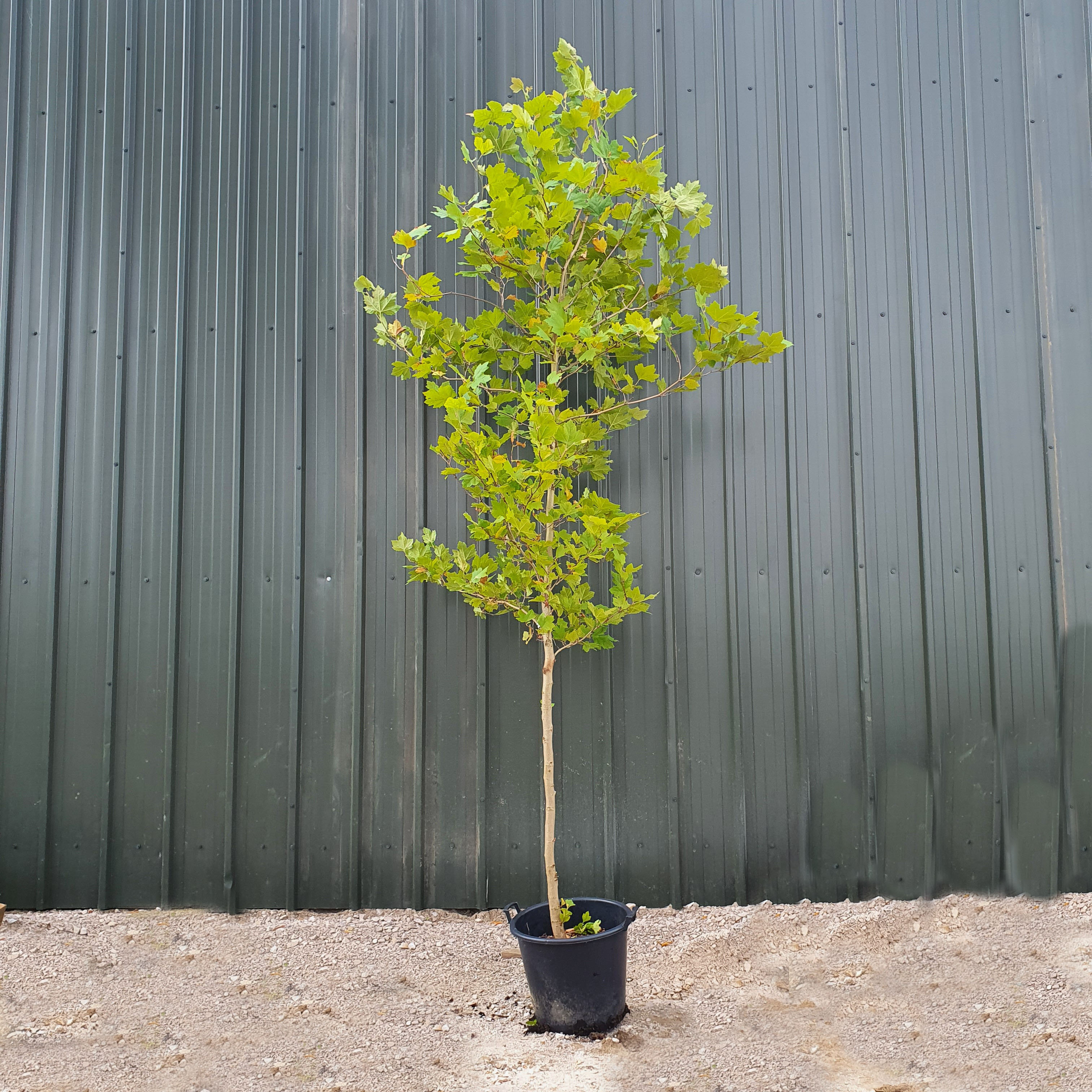 London Plane are the city stars of trees, having been bred in London itself, by a British botanist. It was widely planted during the late 18th Century for its ability to adapt to city conditions and for its resistance to pollution. They can grow up to 35m and live for hundreds of years. The bark is a distinct olive-green to grey, with large scaly plates that peel off to reveal a creamy bark beneath, similar to some Eucalyptus. Ball-shaped flowers are followed by bunches of spikey-fruits that appear in late summer.

Images for display purposes only. Actual stock may differ.