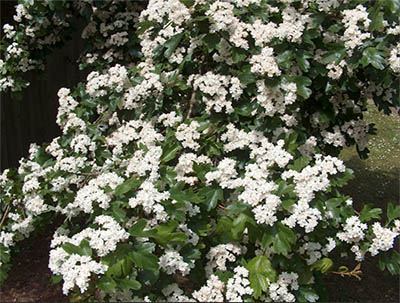 Bare-root hedging is available from Mid-November-March.
Pre-order now for delivery/collection in November.

Hawthorn Hedging is an ideal choice for adding an beautiful boundary to you garden.  In spring the hawthorn plant is covered with clusters of delicate white flowers and provides a sanctuary for wildlfe: you will often find a hedgehog foraging amongst the leaf litter of a hawthorn hedge and it is particularly useful to nesting bird for cover and protection from larger mammals who are detered by the thorns.  The flowers are an important source of nectar for insects in spring and the berries or "haws" in winter provides a rich source of food for birds such as blackbirds and thrushes.

The Hawthorn is deciduous the leaf buds appearing as a beautiful green haze in spring which bursts into a blanket of foliage which can be seen throughout the UK alongside roads and verges.  The leaves are small and consist of three to five lobes growing in clusters on the branches of the plant.

A hawthorn hedge can establish very quickly and growth is fast with the plants being very tolerant of wet soils but suitable for all soil types.  Hawthorn is also very resilient to strong winds so can be used as an excellent defence against the prevailing weather particularly in exposed locations. 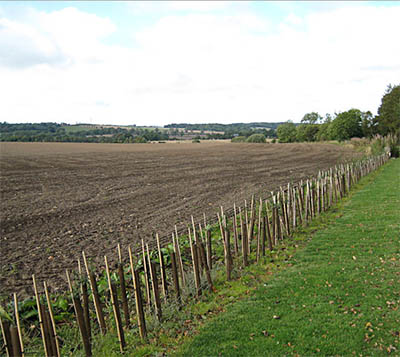 Hawthorn is fast growing so depending on your budget or how quickly you want the hedge to establish, 3 plants per metre is enough to establish a good hedge however, if you're wanting a dense hedge quickly, think about planting up to 7 in a double staggered row obviously depending on the size of the plant.  The young plants are vulverable to rabbit attack so it is advisable to protect with a spiral rabbit guard if necessary.

Planting should be done between October and March and you should immediately prune the hawthorn whip to about half it's height.  This may sound a little brutal but the dormant buds below the cut will put out new growth in the spring so the effect of cutting actually stimulates the plant to put out more growth.  You will achieve three to five more new branches as the result of the first pruning.

The second cut should be done at about nine to fourteen months after planting and assuming your planted between November and March, the next cut should be done in the December of the following winter once the leaves have been shed.  As with the first cut, the new growth should be cut back by half it length.   This will again stimulate the cut branches to put out three to five new branches in the following spring.